A product of creative thinking or an amorous three-way between a Harley-Davidson Road Glide, DN-01 and Gold Wing, the F6B is certainly something new for Honda. Cosmetically the F6B is a Gold Wing with a new seat and without the touring model’s tall windscreen and rear topbox/passenger backrest. The style is undeniably cool while the blacked-out treatment provides a hint of menace. 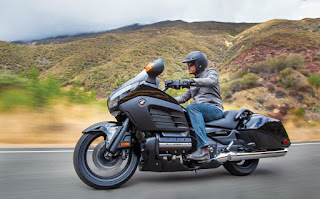 The F6B owns the same seat height as the GL, but the new seat is narrower at the tank junction and when sitting on the F6B the reach to the ground is noticeably lessened, as is the 62-pound reduction in weight. Boasting a claimed curb weight of 842 pounds, the F6B is 62 pounds less than a base model GL largely by way of the omitted on-board compressor and reverse gear found on the touring bike. 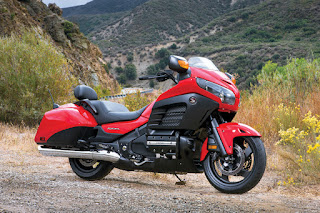