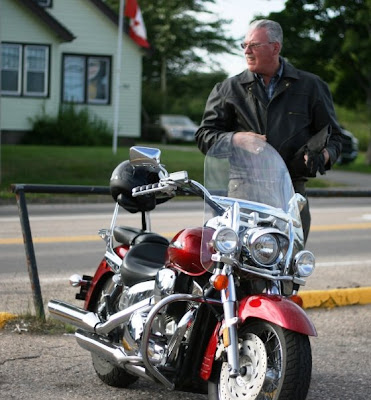 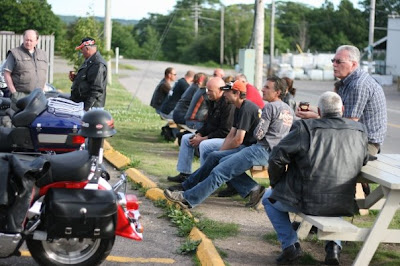 Our helmets are off to Larry Kelly this morning...not only has he decided to tame the saddle but he has silenced the critics while doing so. Last year Larry decided to step out in unfamiliar waters when he purchased his 1300 Honda...what was strange about a purchase such as this? Well, Larry didn't have his license. Until then, Larry had shown no hint of desire to ride...maybe to wear chaps on occasion (that is another story) but the ride had been his own personal silent obsession. Well, a year later and despite the nae-sayers...Larry got off the back roads of Weymouth and came to the bright glow of the Tims sign in Digby! At a boy Larry! Now keep the shiny side up and get out there!
Posted by DC RIDERS at 5:34 AM