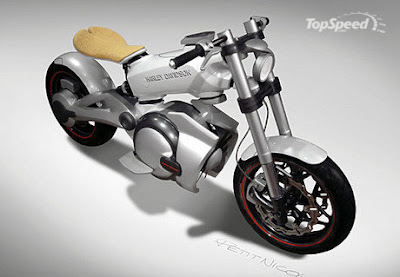 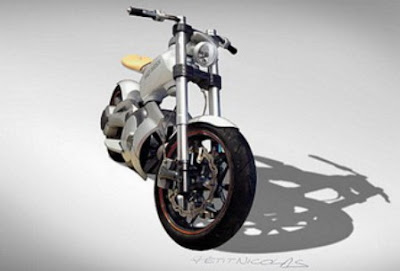 It finally happened! Someone thought at combining the looks of a Harley-Davidson motorcycle with an electric motor and the result is definitely something that most fans of the American builder could enjoy as their future bad boy toy. But how does the name Harley-Davidson even stand next to words such as electric motor, green technology and so on? French designer Nicolas Petit is the man that made it possible and although the intention was to design the electric cruiser in the Milwaukee style, the first thing that prospects will ask for is the V-twin engine powering all present Harley-Davidson models and the only electric thing fitted on those is the starter. So that’s where the title comes from.
Called the Trunk, this concept bike is definitely appealing and the motor, which is enclosed in a rounded case, isn’t that bad either. The only problem is that the oddly named thing will never sound, vibrate and feel like a veritable Harley-Davidson motorcycle and that’s in contradiction with all that this manufacturer is all about
. 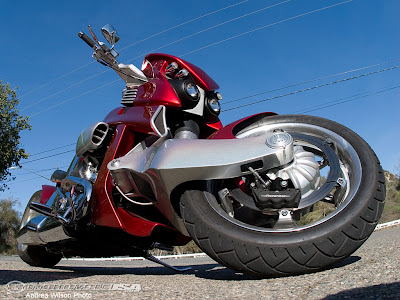 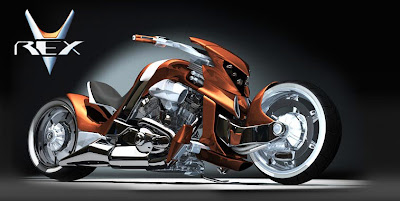 For Tim Cameron, the Australian designer of this bike (V-Rex), it was a mere ‘dream bike’ for he thought dreams were the only place where he would ride it, but as they say destiny drives us all, this bike had to become a reality. Tim Cameron’s dream were given realistic proportions by the 200mph ‘Y2K’ Harley jet turbine-powered bike fame Christian Travert and now the experts dub it as the most startling motorcycle design ever seen.
Posted by DC RIDERS at 12:53 PM