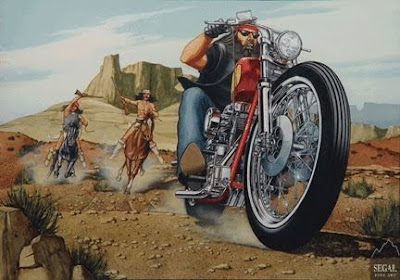 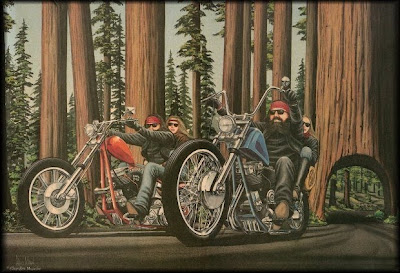 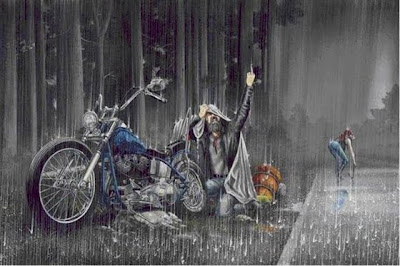 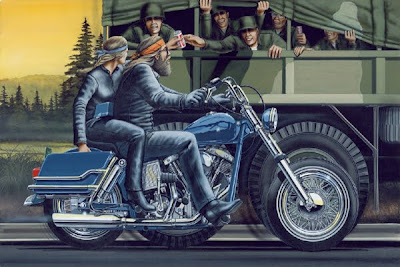 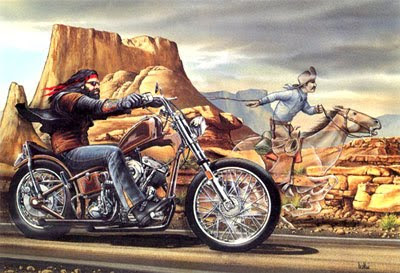 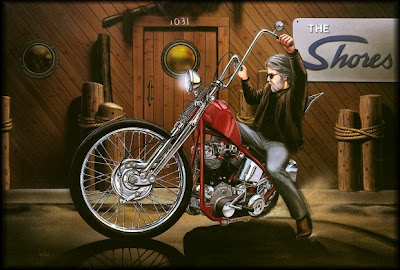 David Mann is the Norman Rockwell of the biker world. He has lived the lifestyle from Kansas to Florida to Los Angeles, and through his art he has rendered the fun, fascination, trials and romance of bikerdom on the centerspreads of Easyriders magazine - the most widely circulated motorcycle magazine in existence - for 16 years. His touch, talent, and appeal have set trends and created a following around the world. The son of artist Paul Mann, a member of the Society of Scribes and Illuminators of London, David Mann was born in Kansas City, Missouri in 1940. David first began pencil-sketching cars while in high school, working under the rhythmic influences of rock ‘n’ roll, the Beach Boys, and images of the Pacific: white sandy beaches, bikini-clad ladies, palm trees, and flashy custom cars and hot rods. His sketches garnered him his first job, pinstriping cars for Doug Thompson and Ray Hetrick’s custom car shop in Kansas City. The lure of the west coast proved to strong, though, and after graduation, David and best friend Al Burnett left Kansas City in a candy apply red and pearl white customized Chevy coupe and drove to Santa Monica, California, to the tunes of Jerry Lee Lewis. Davids paintings are iconic in the biker world. David died on September 11, 2004. His ashes were to be interred in the gas tank of a Harley Sportster XLCH painted in his trademark "David Mann Red." Mann is survived by his wife and three children. 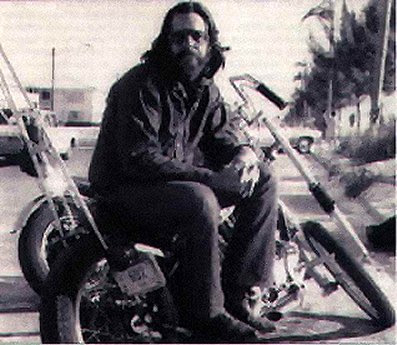 You can order prints at www.davidmannart.com
Posted by DC RIDERS at 7:29 PM