New Mac from the UK! 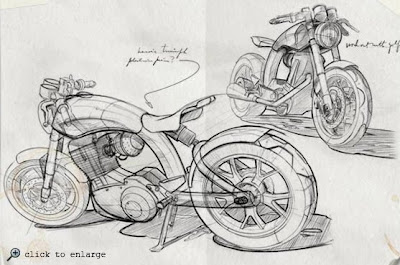 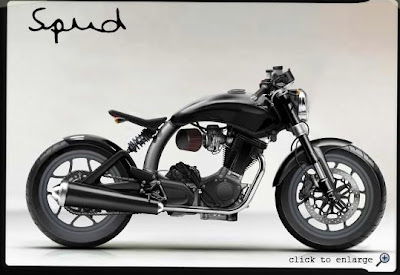 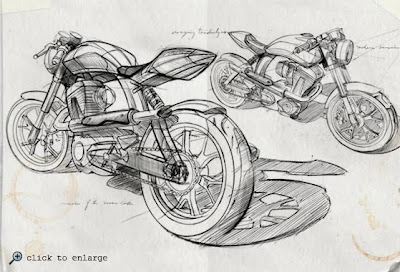 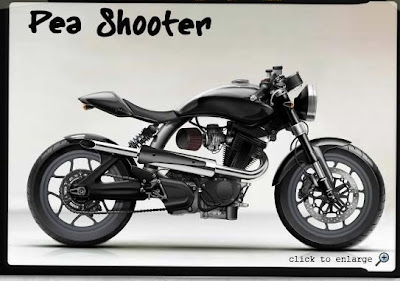 I wanted to take something from the simplicity and non-conformity that unites the chopper builders with the philosophy of the Italian singles manufacturers from the 1950s and 1960s and the spirit of competition specials that of taking something standard and improving it. Uniting all this in a belief that the riding experience and the stories that go with motorcycle journeys seem to have been sanitized by technology and plastic. We took all this, wrote the design brief and started 'Mac Motorcycles'. 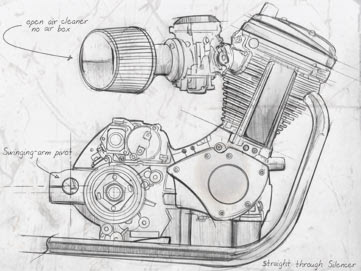 Mac Motorcycles are powered by the Buell® single cylinder, air-cooled, 2-valve, push rod, 492cc, 5-speed 'Blast' engine. They're called "thumpers" and with good reason, with one combustion for every 720° of crankshaft rotation when that cylinder fires, it's really an "event".
Motor Photos

Valve adjustment is automatic, using hydraulic lifters. The transmission is down low giving a low centre-of-gravity that helps great handling. The fuel is enriched en route to the pot. Mac bikes exploit the power-to-weight ratio principle with this great little motor and a very light rolling-chassis.

Stock motors produce 34 HP at 6500 RPM but a bolt-on big-bore kit (515 cc), Andrews Cams, a Mikuni HSR 42 carb', Screamin' Eagle ignition and a Supertrapp exhaust will produce around 50 HP at 7200 RPM. A Blast running an NRHS 515 kit set a record at Bonneville in the 650 class, whilst much of the tuning potential of the motor has been exploited by the short and flat track racers in the States.

CHECK THEM OUT AT WWW.Mac-Motorcycles.com
Posted by DC RIDERS at 2:37 PM