Remake of the 1982 Film is coming in December. 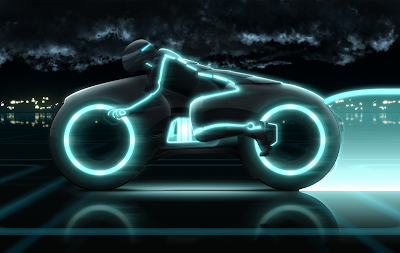 Hot on the heels of the trailer, which debuted last month, Pocket-lint managed to snap a gallery of shots of a life-size version of one of the bikes to be featured in the movie Tron Legacy. 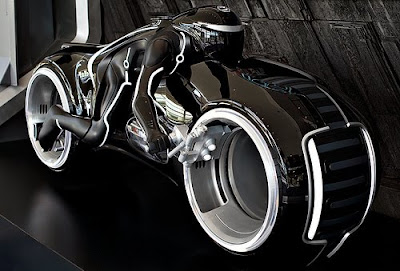 Toymaker Spin Master, who’ve signed the licensing rights to the new Tron Legacy film due out on the 26 December 2010, has said they won’t be putting it on the market for sale unfortunately. However, fans of the movie will be able to opt for a much smaller version in the autumn when it releases its new toy range of characters and vehicles.
Posted by DC RIDERS at 3:29 PM